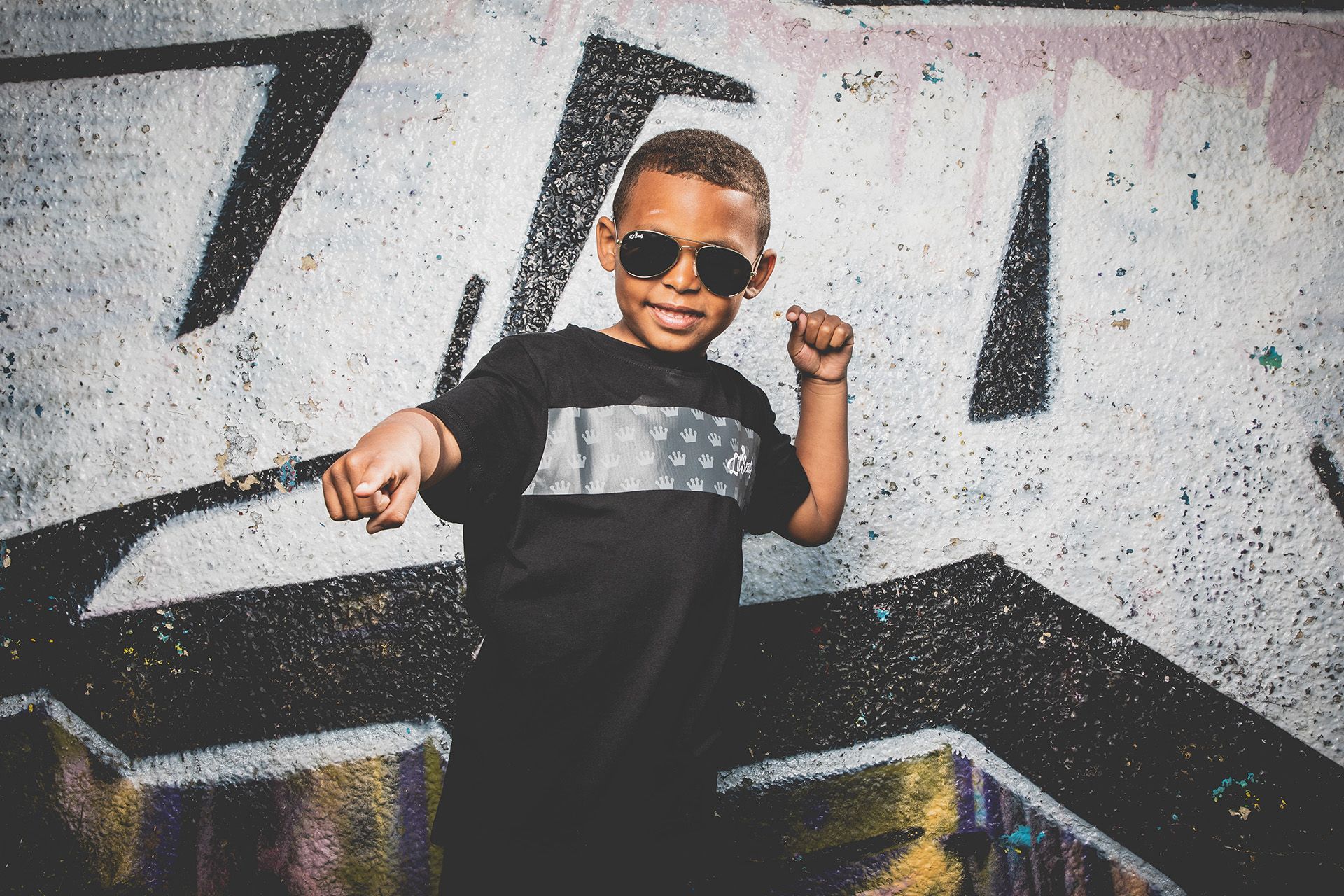 At Lil Beatz, we offer street dance classes for children aged 2-6. Breakdancing is just one of the styles used in our classes to create fun and enjoyable routines.
Learn More

Breakdancing is actually one of the oldest known forms of street dance. Having originated in the Bronx, New York in the 1970s, it was popularised by African Americans and U.S. Latinos. As this is one of the most energetic dance styles, it has continued to grow in popularity, being well known for athletic dance moves compared to many other styles.

One of the first ever groups was called “The Zulu Kings”, formed by Afrika Bambaataa. Since then, many more street dance groups have come to light, with breakdance being a fantastic style to use throughout any routines.

As an earlier form of street dance, breakdance has influenced a range of modern dances as well as being used by many artists who used dance within their acts, such as Michael Jackson’s moonwalking. Breakdancing will now even be an Olympic sport, demonstrating just how much it has grown. Additionally, there have been several street dance films made where breakdance is regularly used.

To keep developing your breakdancing, it is important you’re using the right music to keep improving your skills. Hip-hop dance songs are typically ideal for a breakdance routine, however, there are many genres that can be used. Breakdancing music includes:

Lil Beatz put together fantastic choreography to make sure all dance routines fit in time perfectly with our music. Not only does this create a great routine but your skills should continue to develop with the help of our dance teachers.

Music is just one part of creating the perfect dance routine involving breakdance. Style, fashion and your own innovation is also important to be an amazing break dancer.

Whilst breakdancing is a form of street dance, there is a huge selection of breakdance moves that you should try to master. Whilst some dance moves can be learned naturally through routines and street dance classes, others may require more practice and dedication for it to become second nature to you.

Popular breakdancing moves that are commonly used include:

With many dance moves to learn, this makes breakdancing a great style to use in any routine. Not only can you learn these different dance moves, but it will often involve freestyle. This means you can freely create new moves on the spot!

If your child is aged between 2-6 years old, Lil Beatz offer the perfect opportunity to improve your street dance skills. Working on breakdancing and a range of other styles, our dance teachers make sure all children have the support they need, helping to build confidence and ability when it comes to street dance.

To get involved or find out more information, do not hesitate to contact us. Fill in our contact form or visit our Facebook page for a fast response. We have dance studios across North and South Blackpool, Southport and Wythenshawe.

Importance Of Physical Activity For Children

Why Is Dance So Important?

How To Become An Amazing Street Dancer

Importance Of Physical Activity For Children

Why Is Dance So Important?

How To Become An Amazing Street Dancer